As well as being one of the youngest cities in Europe, with 40% of its population under 25, Birmingham also has more canals than Venice, and with the third biggest airport in the country on its doorstep, it’s also the perfect starting point for an adventure.

So if you want more from your weekend, or are looking to make the most of your hard earned time off, then here are ten unbelievable adventures leaving direct from Birmingham.

1) Hike the Lakes and Mountains of Bulgaria 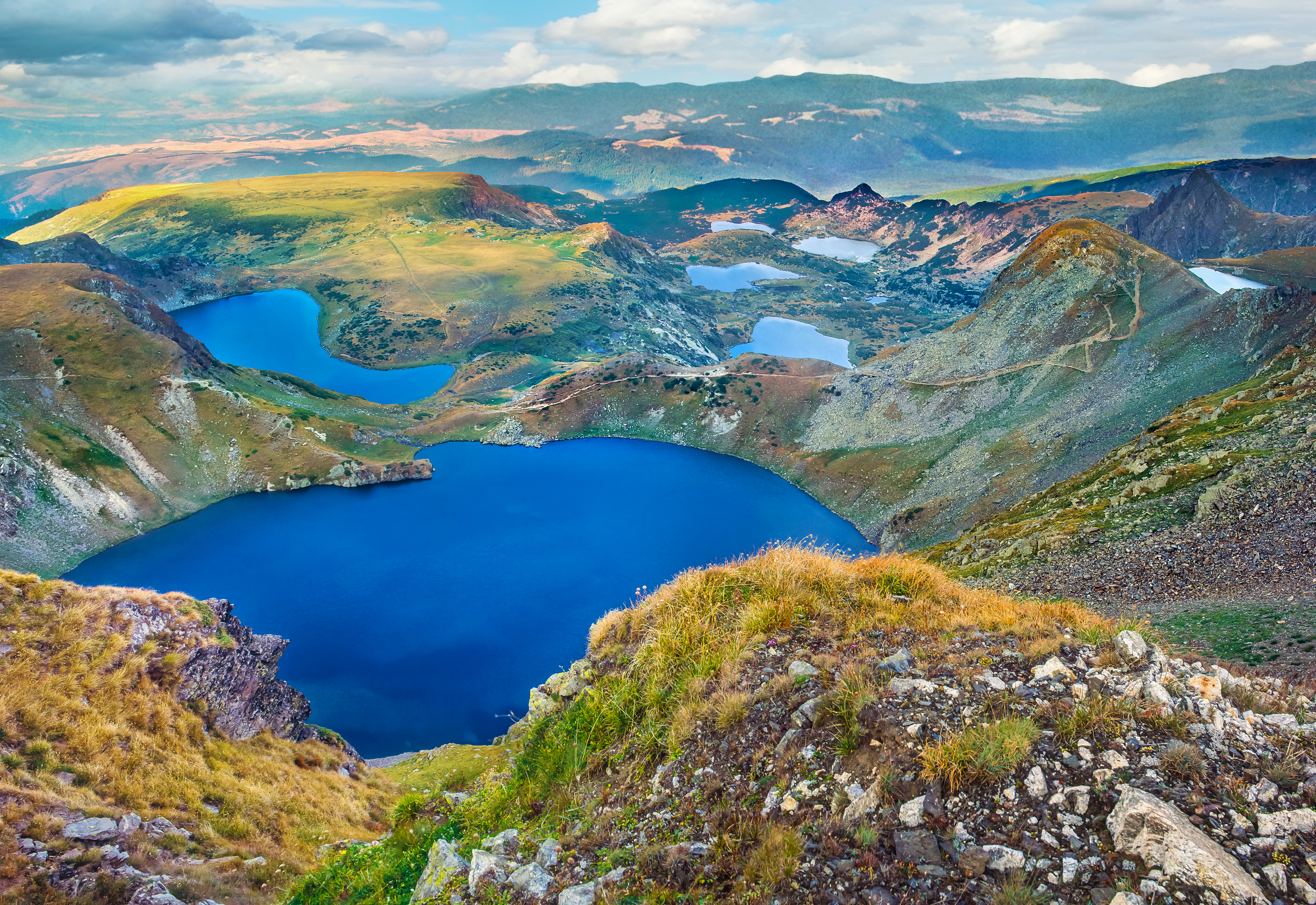 Cross a glacier-carved landscape of flower-filled meadows, alpine valleys and high altitude vineyards, as you explore two different mountain ranges – the Pirin and Rila. As well as seeing some of Europe’s most spectacular scenery up close, you’ll visit local wonders like the dramatic Golem Kazan (Giants Cauldron) and the insanely beautiful, yet strangely named, Strashno Ezero (Scary Lake.)

Don’t miss: The view over seventeen alpine lakes from the 2851 metre summit of Mount Polezhan

When to go: July – September, when the valleys are warm and the sky clear. 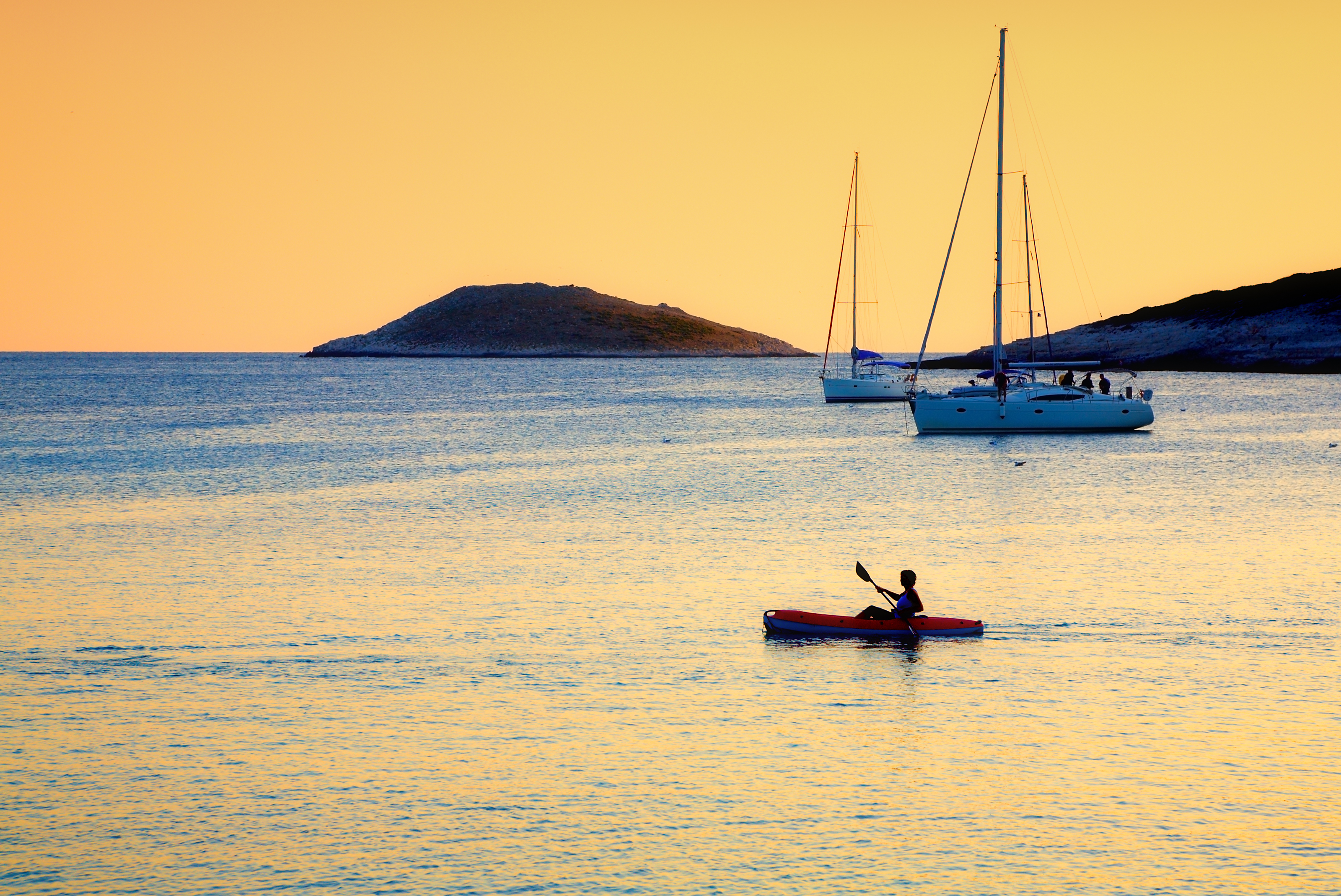 Kayak the crystal-clear waters around Hvar and explore the island’s many secluded coves.

Take to the water on the warmest part of the northern Mediterranean coast by day, and explore the winding, cobbled streets of the UNESCO listed city of Split by night. You’ll paddle around the lovely Hvar islands, discover fairy-tale villages cut straight into limestone hills and relax on some of the best beaches in the country.

Don’t miss: Cycling through the island vineyards of Brac.

3) Build Your own Igloo in the Swiss Alps 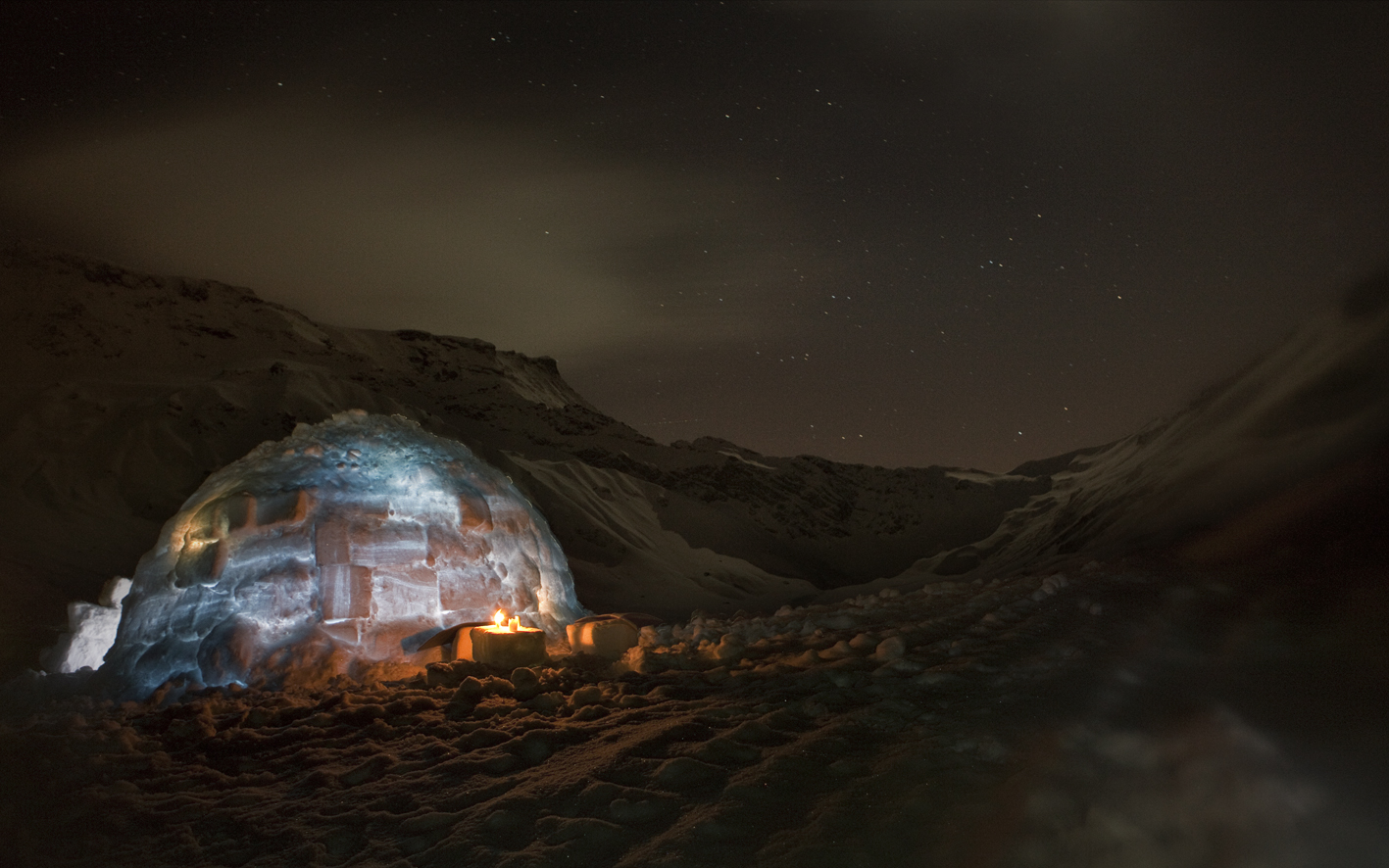 Using a snow saw, you’ll cut snow blocks before stacking them to build your snow home for the night.

Travel to the winter wonderland of the Bernese Alps and carve your own igloo from the snow alongside an experienced guide. You’ll take a snowshoe hike deep into the mountains, ride a gondola into a plunging valley, eat an evening fondue beneath the stars and then bed down in your self-built snowy cocoon.

Don’t miss: The mountain air and incredible views from the Engstligenalp plateau, a protected Swiss cultural landscape of national importance.

When to go: December when the snow is thick and fluffy.

4) Kayak and Wild Camp in the Saint Anna Archipelago 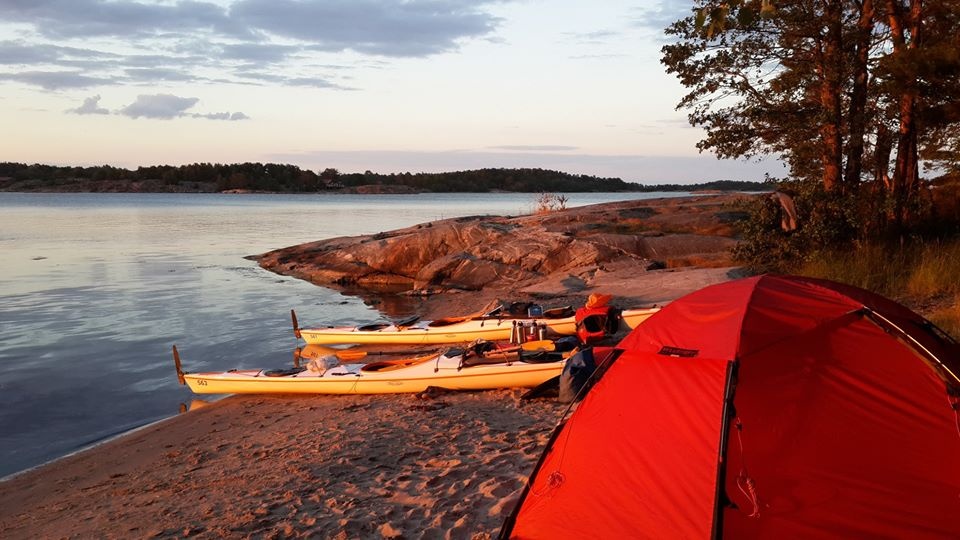 Your home for the night.

Slip away from civilisation and explore the 6000 islands that make up the secluded Saint Anna archipelago, Sweden. You’ll paddle around an idyllic slice of untamed nature, visit Harstena Village for a cinnamon swirl, navigate the narrow passage north of Krakmaro, and camp and cook on remote beaches far from anyone.

Don’t miss: The view over the distant Missjö islands from Kupa Klint.

When to go: Swedish summer (August to September) – Green, lush and lots of daylight.

5) Hike Volcanoes in the Canary Islands 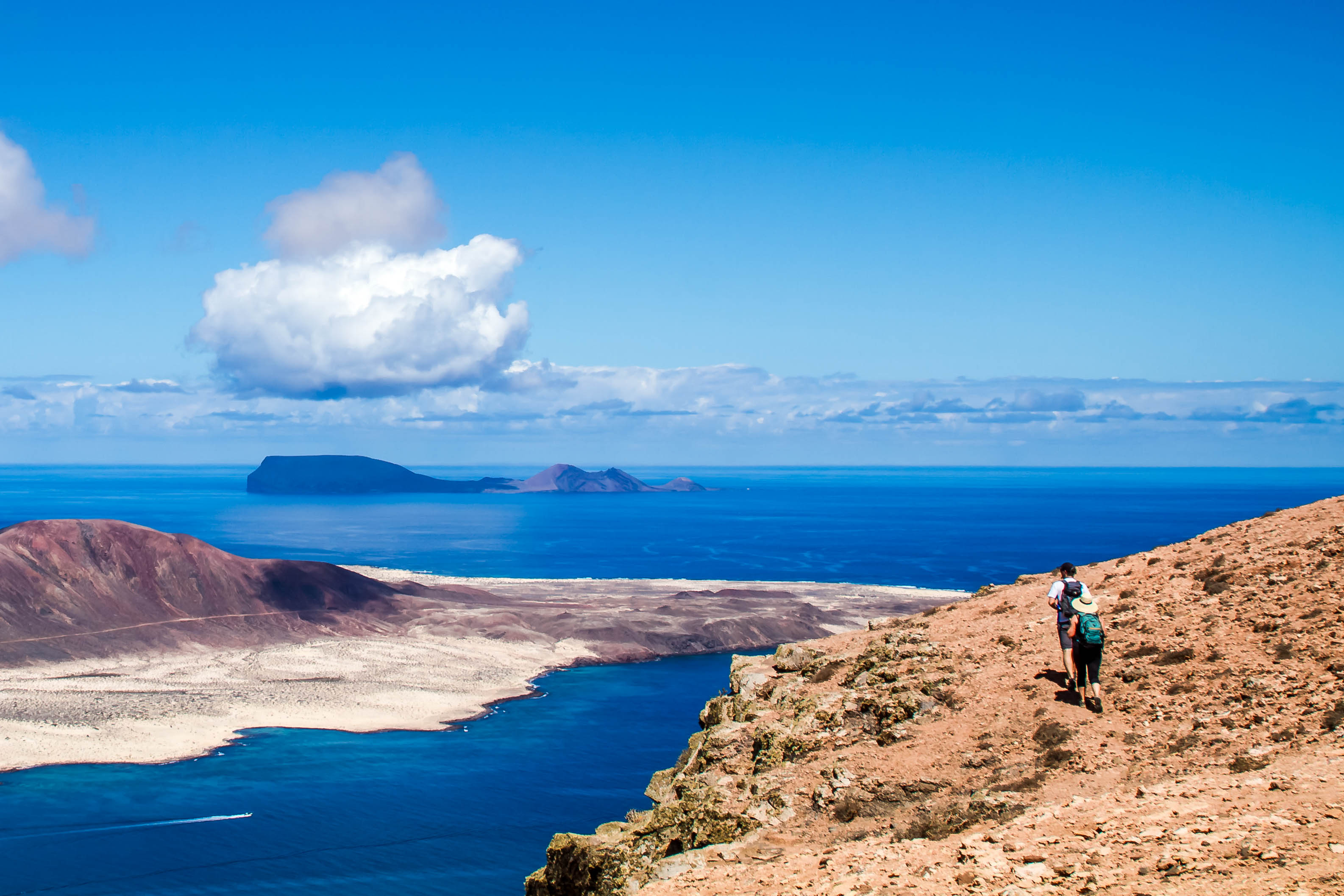 Twenty new volcanoes were formed during an episode of volcanic activity just 300 years ago.

Lose yourself amongst the craters, cliffs and 300 volcanoes that make up Lanzarote Island. Hike to the 609-metre summit of the Volcán de La Corona, explore the partially collapsed lava tube that local architect Cesar Manrique has transformed into an underground concert hall and enjoy a picnic lunch beside a crater with an incredible sea view.

When to go: Anytime – subtropical Lanzarote is warm and sunny all year round. 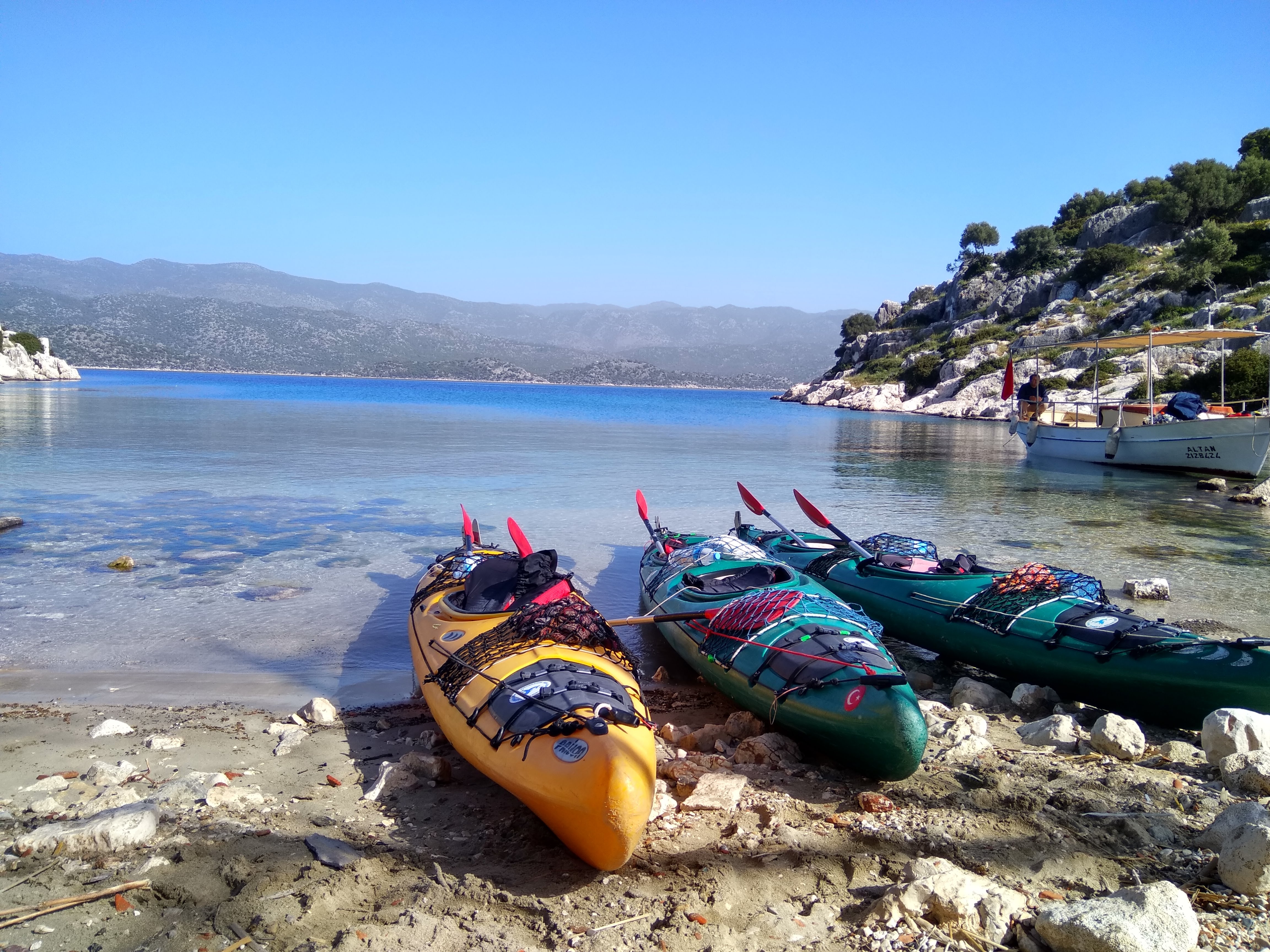 Discover lost cities, ancient ruins and mysterious pirate caves as you kayak around the protected Kekova region of Turkey. You’ll hike across the Sicak Peninsula to the submerged city of Aperlai and snorkel around its remains, paddle calm, clear waters and visit tiny coastal islands.

Don’t miss: Unleashing your inner Lara Croft at the lost city of Simena – flooded after an earthquake in 5 AD.

When to go: July to October when the water is irresistible. 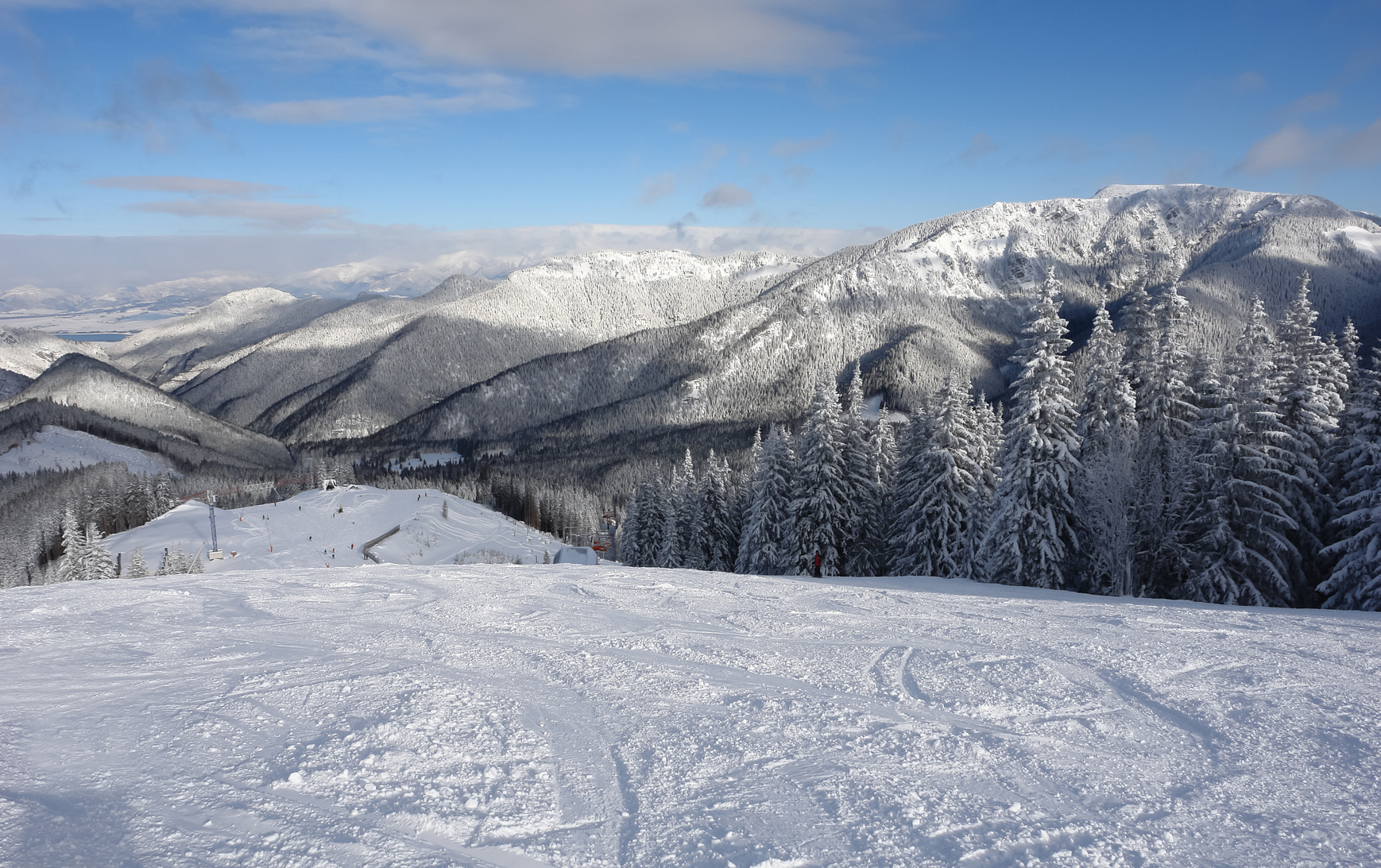 Steer clear of the crowds, and keep the powder to yourself in Jasna.

Tackle some of Europe’s lesser-known skiing and best backcountry routes in the Low Tatras Mountain Range of Slovakia. Get up early to claim some untouched powder, spend the day enjoying 46 km of outstanding slopes, then warm up in the Bešeňová geothermal pools before exploring the bars and cafes of the spa village of Liptovsky Jan.

8) Hike from Sea to Summit on Madeira 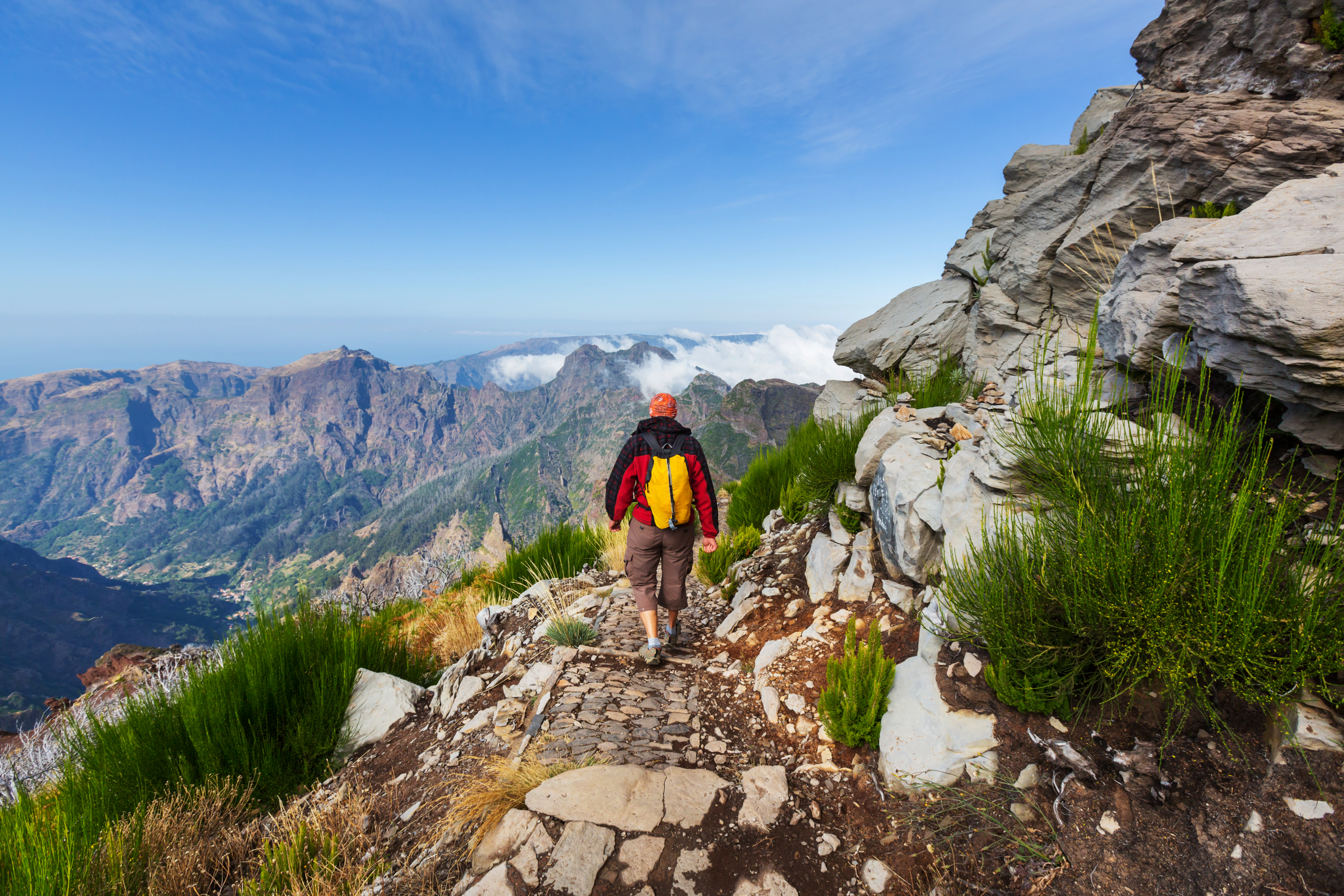 The endless steps etched into the steep hillside as you ascend to the top of Pico Ruivo.

Starting from the beach at Calhau de S. Jorge, you’ll climb up carved stone steps, across thick forest, through mountain tunnels and navigate dirt paths beside sheer drops to reach the island’s highest peak – the 1861 metre summit of Pico Ruivo.

Don’t miss: The intense green and crashing waterfalls of the Laurissilve Forest.

When to go: Anytime. Madeira’s climate stays warm all year round, however June to September are the prettiest months to explore the island.

9) SUP the Ring of Kerry Coastline 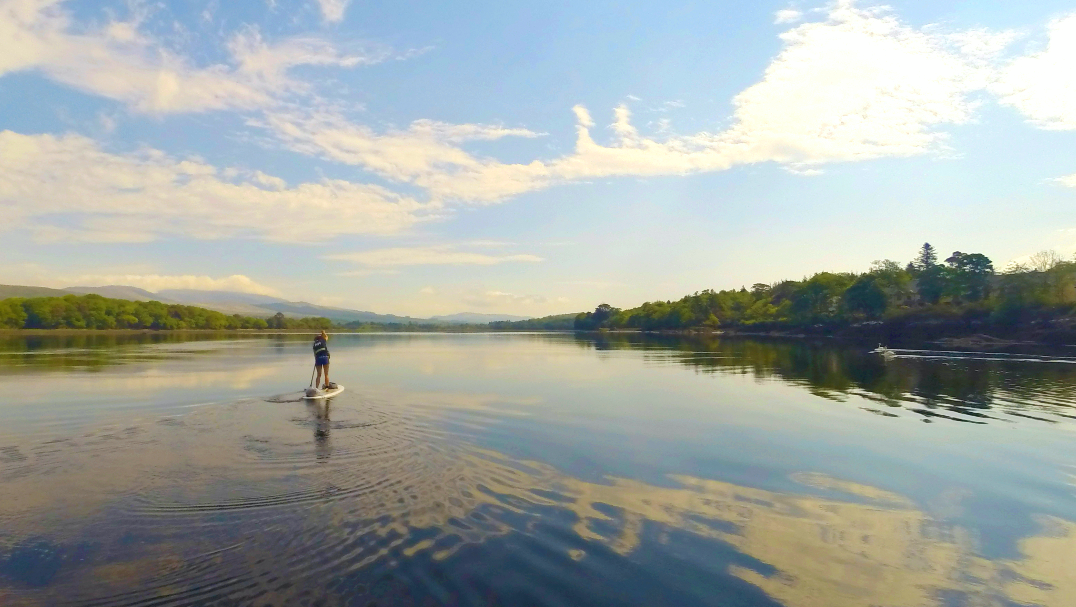 SUP 40km from Sneem to Kenmare.

Stretching for 179km around the Iveragh Peninsula, the famous Ring of Kerry is an area of outstanding natural beauty, scattered with photogenic medieval ruins. Starting from the pretty village of Sneem, you’ll paddle the rugged coastline, stop for lunch on white sand beaches, encounter local wildlife and explore the special conservation area at the mouth of the Blackwater River.

Don’t miss: Paddling past the fairy-tale An Culu Castle.

When to go: June – August, when the weather is fine and the sea at its warmest. 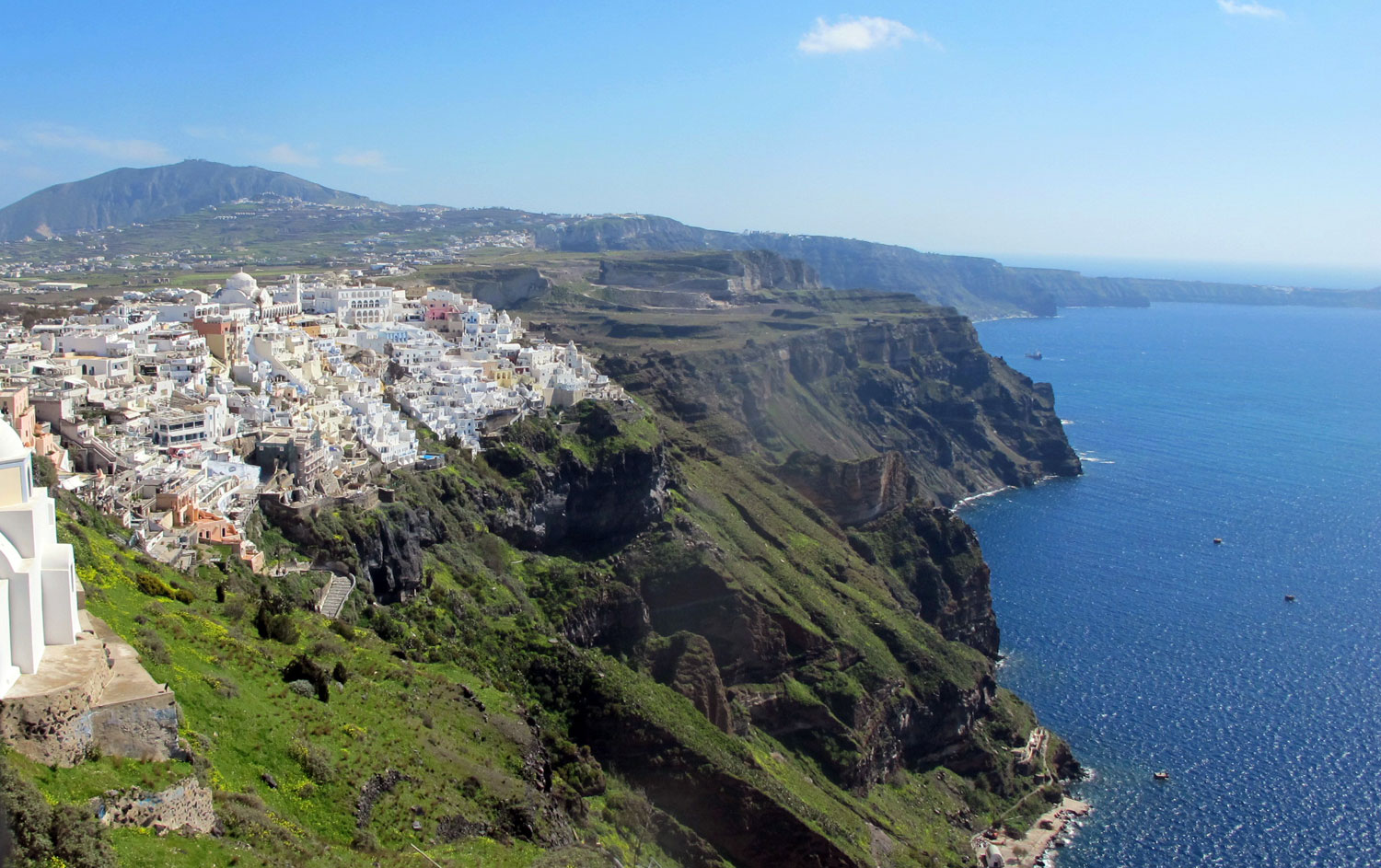 The famous Oia Cliffs where you’ll feast in a traditional taverna.

Sea kayak around the Greek island of Santorini, site of the largest volcanic eruption in recorded history and the probable basis for the legend of Atlantis.  You’ll paddle around its beautiful south coast, snorkel off Kambia Beach, and hike to the rim of the extinct volcano with the entire Aegean as your backdrop.

Don’t miss: The view over the now flooded Santorini Caldera.

When to go: July to September – warm weather and little chance of rain.

And it doesn’t end there. Explore our entire range of hand-crafted adventures from local guides and hosts.

GET THE MUCH BETTER NEWSLETTER