Swirling and dancing through the night sky in flashes of green, white and pink, the northern lights are a sight to behold. But seeing them is only half the fun if you book a trip that combines watching the aurora with an activity. There are numerous ways you can enjoy the evening show and keep yourself entertained while you wait for the Lights to emerge. From dog-sledding to backcountry skiing, these are some of the best – and most memorable – ways to see the northern lights around the world.

What are the northern lights and why do they appear?

The northern lights – also known as the aurora borealis – is a natural light display in the sky that happens when particles released from the sun collide with particles in the earth’s atmosphere. What you see as bright, dancing lights is actually these collisions occurring – they produce little bursts of light, called photons, which make up the aurora. The lights appear in many colours, though green and pink are the most common. Auroral displays are seen above the magnetic poles of the northern and southern hemispheres (they are known as Aurora Australis in the south). The best time to see the northern lights is between October and April when the nights are at their darkest.

1. Swimming in hot springs in Iceland 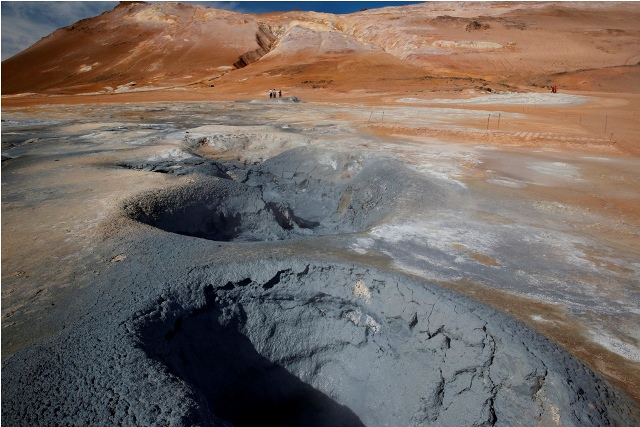 Iceland’s volcanic base contributes to its geothermal activity and is what makes the country richer in hot springs than any other country in the world. Iceland’s most famous geothermal pool is the Blue Lagoon, in Reykjavik, but there are plenty of smaller, lesser-known spots if you know where to look. At the Myvatn Nature Baths, the water is just as warm, with more minerals in it, and the crowds will be far behind you. Watching the green haze of the aurora from a natural hot spring outside, surrounded by snow, is one of the best ways to see them.

2. At the Icehotel in Sweden 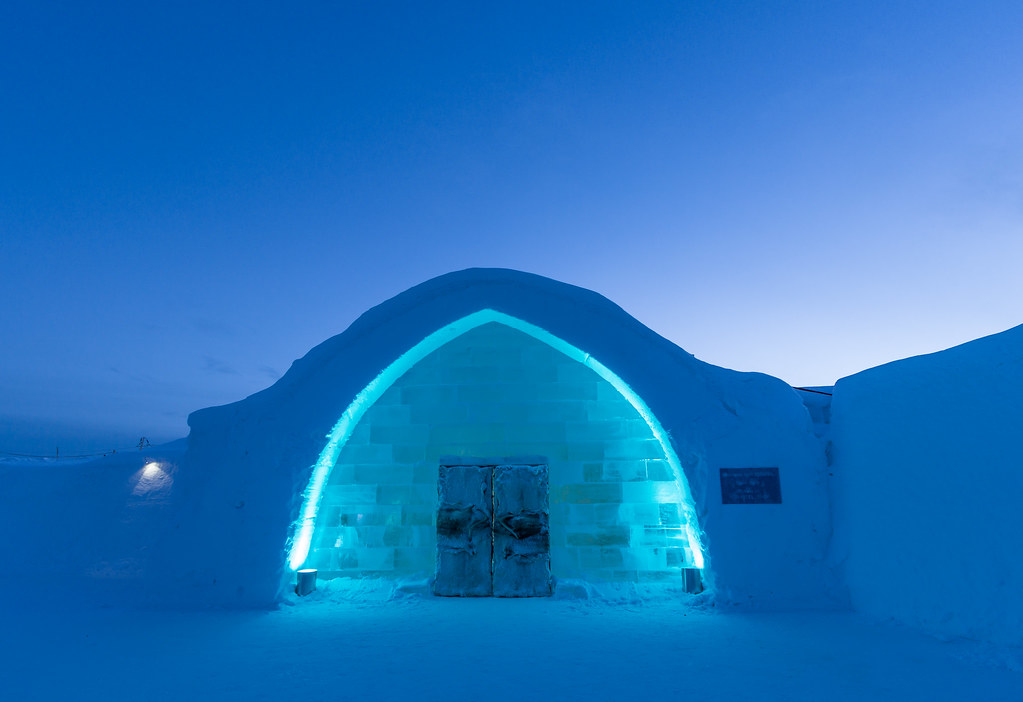 A hotel constructed entirely from giant blocks of ice seems like a fitting way to experience the winter magic that is the northern lights. The Icehotel, in Jukkasjarvi, is some 200km north of the Arctic Circle and has frozen beds, as well as an ice bar and even an ice chapel if you are considering getting hitched. Every November, 5,000 tonnes of ice harvested from the frozen Torne river is merged with snow (creating “snice”) to remake the hotel. The inside temperature hovers around of -6°C so you sleep in expedition-style sleeping bags to ward off potential frostbite in between watching the aurora unfold outside. 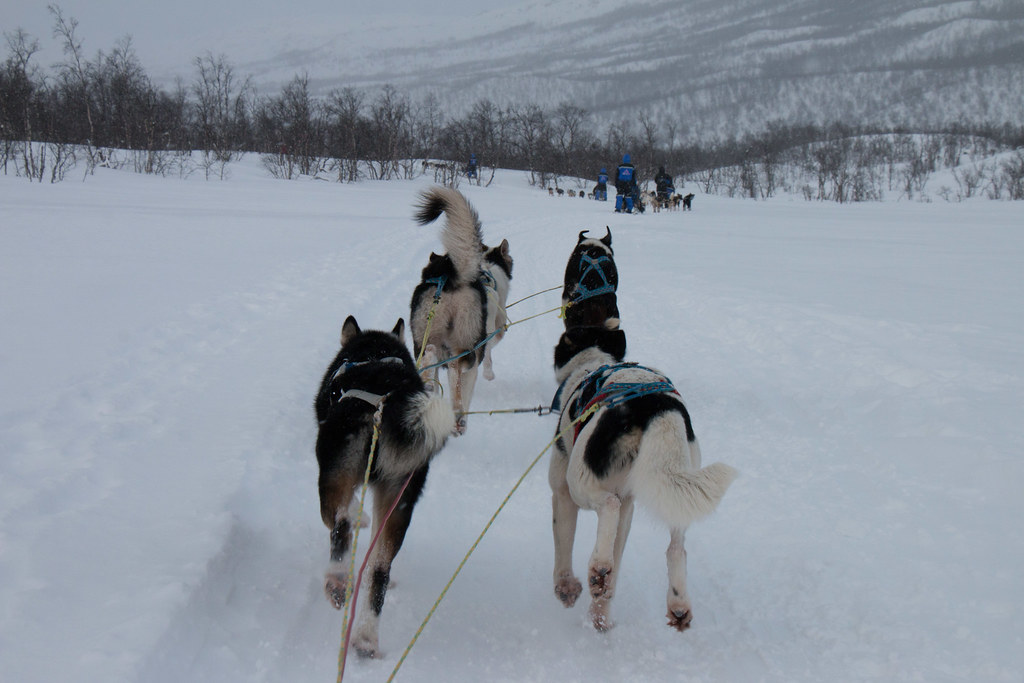 You’re more likely to see the aurora in clear skies, with no light pollution… somewhere that’s in the back of beyond. Getting into the depths of the backcountry in Norway has long been done with the help of a dog sled – and it’s a far more exhilarating and environmentally-friendly way of experiencing the northern lights than chasing them by car. Make it a multi-day trip to get deeper into the wild, and bed down in a Lavvu, a tipi-style tent traditionally used by the indigenous Sami people. Bumping along in a sled that’s being pulled by a pack of huskies, feeling the wind bite your cheeks as you snuggle up beneath reindeer skins, is a thrilling way to explore the wilderness. Just don’t forget to look up when the Lights come out. 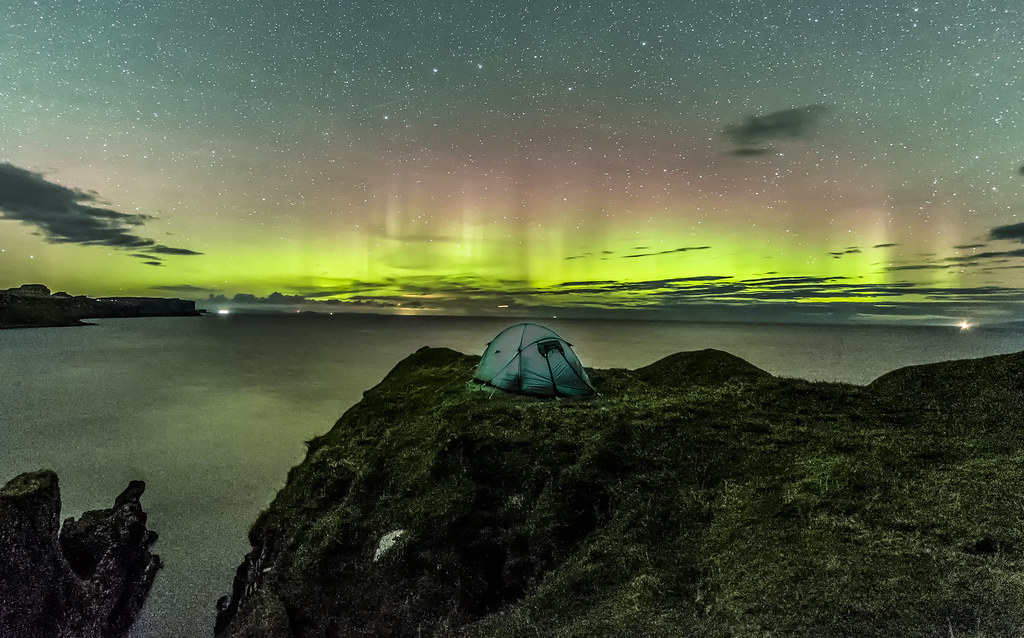 You don’t have to jet off to see the aurora – the light show is also possible to see a little closer to home. Scotland is undoubtedly the best place to see the northern lights in the UK. Prime spots include the northern areas of the country, as well as northern isles, around the Caithness coast and the Orkney Isles. The Outer Hebrides and Shetland are also ideal locations. Wild camping – where you pitch up in the wilderness instead of a designated campsite – is legal in much of Scotland and offers the perfect opportunity to sleep beneath the stars and – hopefully – the aurora. For the best view, ditch the tent altogether and sleep out in the open in a bivvy bag, with no canvas to obstruct your view. 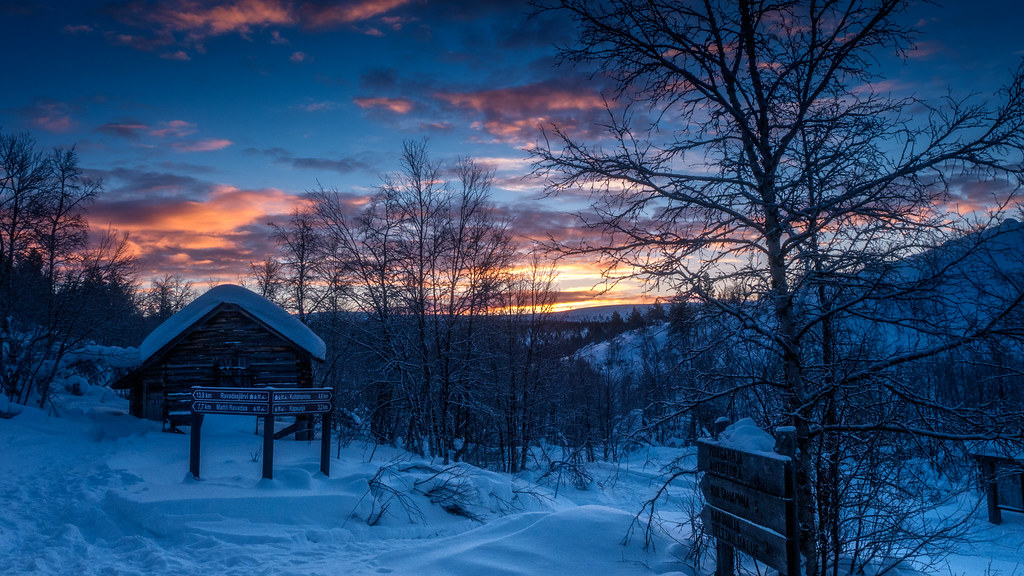 Skiing allows you to access parts of the wilderness that would otherwise be inaccessible – from frozen rivers to fells carpeted in shin-deep powder. Backcountry skis have grippy “skins” attached to the bases, so you can travel uphill as well as down. If you’re looking for a northern lights experience without the crowds, this is it, as you can make your own tracks, finding the perfect spot for watching the Lights in peace. Ski from hut to hut in Lemmenjoki National Park, in Finnish Lapland, with no electricity, dinners cooked on wood-burning stoves and – if you’re lucky – a northern lights display all to yourself. 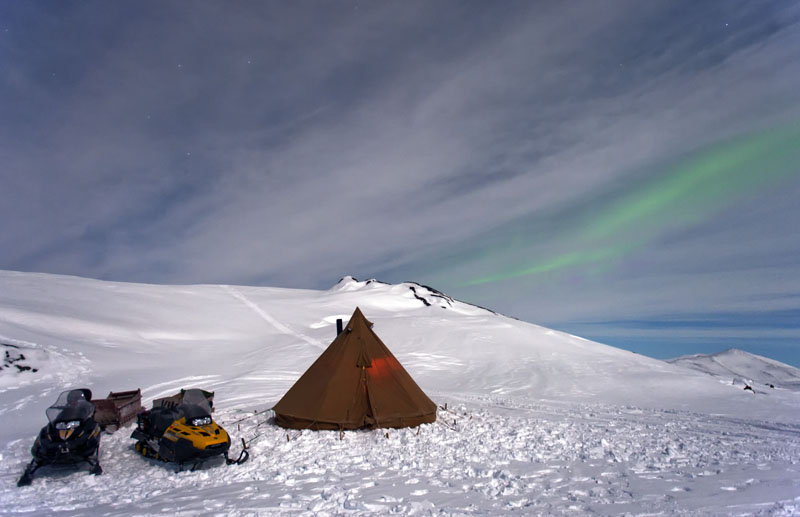 Canada is one of the best places to view the northern lights, and the Northwest Territories are the best bet when it comes to location. Journey into the frozen landscape by snowmobile, covering more ground than on skis or in a dogsled, and getting your adrenaline pumping at the same time. The region’s capital city, Yellowknife, is a hotspot for aurora-seekers and has a number of companies offering late-night snowmobile trips across the frozen Great Slave Lake for a chance to see the Lights from a remote cabin. Other activities popular in the area include snowshoeing and ice fishing.

We can’t guarantee that the aurora borealis will always play ball, but our hand-picked northern lights adventures will give you a damn good chance, and something equally amazing to do if they don’t.