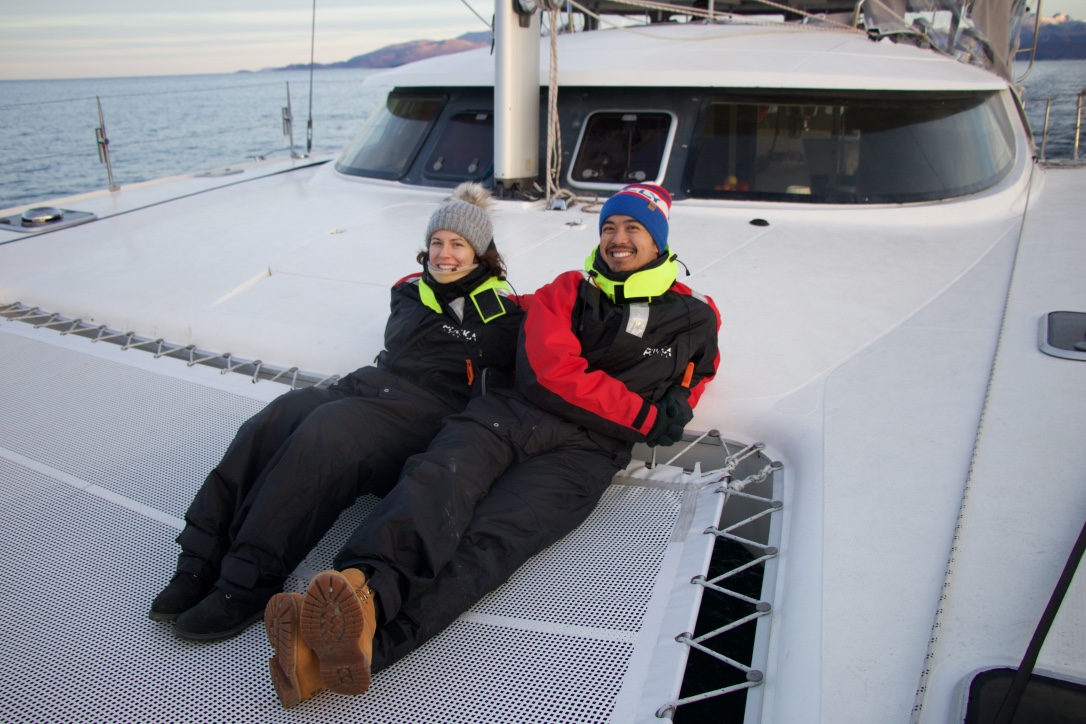 Much Better Adventurer Nickie Hursthouse and her partner recently spent the weekend on our northern lights and Arctic wildlife sailing safari in Tromsø, Norway. Apprehensive that neither Norway’s fabled northern lights or the Arctic’s rich marine wildlife would show their face, mother nature played a blinder. There’s nothing quite like the northern lights.

The trip was incredible. Truly one of those once in a lifetime experiences and we hit the jackpot with ticking off all parts of what the trip promised.

My partner and I booked the trip. I love Norway and had been a couple of times, but he hadn’t been before. It was a pretty good introduction to Norway. There were two other guests on board who were lovely and it was great to meet new people from other countries and hear about their travels and adventures.

It was pretty surreal sitting on the boat and everywhere we looked the lights were dancing.

We met the skippers at the base-camp in Tromsø on the Saturday evening then headed to the boat. Once onboard there was no messing around and we were kitted out with our thermal suits and off sailing away from the lights of Tromsø.

We had the most incredible show of the Aurora as we sailed through the night to anchor for breakfast. There was a G1 solar storm which doesn’t happen very often but just means there is a lot of activity and the Aurora can be super bright. It was pretty surreal sitting on the boat and everywhere we looked the lights were dancing. The colours come out a lot more vivid on the camera than what you see with the human eye, but they’re still amazing in real life too. They dance and put on a show, greens and pinks mostly for us with a little purple.

After an early breakfast, we headed out to a spot where the skippers knew the whales were feeding. We first saw humpback whales. They’re such huge creatures, but also so graceful, it’s fascinating.

After the concrete jungle of London, seeing the fjords and mountains from near and far from the boat is a dream. The only downside may be you might genuinely not want to leave!

There were also hundreds of Orca. They were a lot of fun, they came to play and put on a show. They were not afraid of coming close to the catamaran as we would sit there with the engine off, which was really peaceful. We couldn’t quite see the herring they were feeding on, but we could see them swimming around to herd them, then slap them with their tails to stun them so they can then feed.

The skippers were full of knowledge. They are very experienced, friendly and fun but make sure that safety is a top priority as well. There is a lot to be aware of in the Arctic Circle, not just the cold outside but the freezing waters and general safety of being out in the ocean. We had quite a tough journey sailing out and back across one of the fjords that is a lot bigger and a lot more exposed. The skippers had sailed in far worse conditions and were very confident which gives you peace of mind.

It’s the best antidote for a busy city life. It’s extremely peaceful getting so far away and being so incredibly remote from civilisation just for one night, but it makes it feel so much longer than that.

I was slightly concerned about paying for the trip and not seeing the lights or the whales! That’s always a risk as you can’t control mother nature. On reflection, though I don’t think it was a valid concern actually as the scenery of the fjords and the boat trip itself is so stunning even without the lights and the whales.

The catamaran was very nice. It’s so well heated and comfortable which makes it really cosy when coming in out of the cold. There were some delicious meals too. We were definitely well fed. The best meal was the fish soup we had for lunch. It was quite a simple recipe, I hope to recreate it at home, and very delicious.

I really can’t recommend the trip enough. Especially if you live in a big city. It’s the best antidote for a busy city life. It’s extremely peaceful getting so far away and being so incredibly remote from civilisation just for one night, but it makes it feel so much longer than that. It’s also just such a sight for sore eyes.

After the concrete jungle of London, seeing the fjords and mountains from near and far from the boat is a dream. The only downside may be you might genuinely not want to leave! But is that really a downside? You decide.

All photos courtesy of Nickie Hursthouse.

Fancy getting first dibs on our latest exclusive offers, tester trips and stories? Sign up to the Much Better Newsletter. You’ll thank us for it. 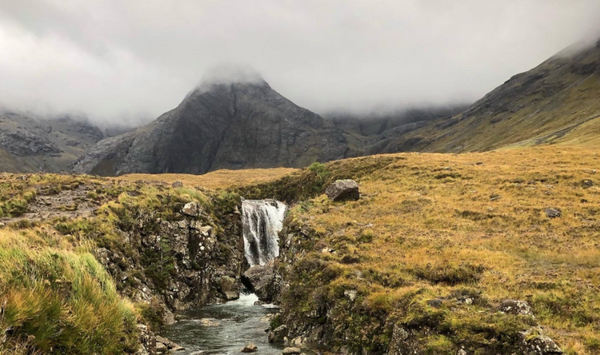 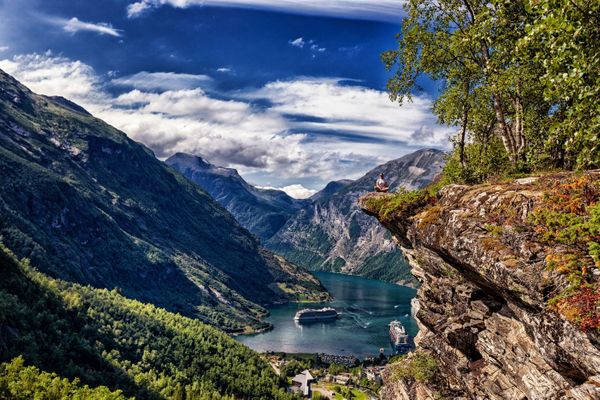 Geiranger and the Geirangerfjord are must visits in Norway. For fjords, it's simply hard to look past the UNESCO protected Geirangerfjord for beauty.