“We ramblers, after a hard week’s work, in smoky towns and cities, go out rambling for relaxation and fresh air, and we find the finest rambling country is closed to us,” said Benny Rothman, speaking in his own court defence at Derby Assizes, in 1932. “Our request, or demand, for access to all peaks and uncultivated moorland is nothing unreasonable."

Benny Rothman was 20 years old when he co-organised the Mass Trespass of Kinder Scout. He was the Secretary of the British Workers’ Sport Federation - an offshoot of the Communist Party which organised walks and cycles for workers from Manchester and nearby towns - and he was an advocate for worker’s rights.

The word ‘rambler’ today may conjure up an image of a grey-haired, middle-class man, but back then, ramblers were largely working class - and many saw themselves as a movement fighting for access to land stolen from them by rich landowners in England through the 18th and 19th century Enclosure Acts.

This fight climaxed on 24 April 1932, when almost 500 ramblers, loosely led by Rothman, climbed over a wall and illegally walked through the peat bogs of Kinder Scout in the Peak District. The Mass Trespass would go on to leave a deep footprint in the muddy fight for public access rights in England.

The Mass Trespass of Kinder Scout is often described as one of the most important event of civil disobedience in the history of the UK...

The Peak District is a unique national park, in that it is surrounded by industrial areas - notably Sheffield, Manchester and Leeds. This makes it a place of escape for the locals, and that was certainly the case in the 1930s. A significant number of ramblers - and those who would go on to trespass - would have worked in industrial factories, if they were employed at all. Many could see the hills from their factories, and would go there for a brief escape from the tough city life.

As Ewan MacColl wrote in his now-famous 1932 song inspired by the Mass Trespass - “I may be a wage slave on Monday / But I am a free man on Sunday.”

Ramblers were able to get out to the Peak District for the price of a sixpence tram fare, and then could then walk in the picturesque countryside - if they weren’t turned back by gamekeepers. Permission was required to walk, meaning that largely, the countryside was kept for the pleasure of the occasional few.

The frustration of this situation was driven home when a group of ramblers had an Easter camping trip to Bleaklow cut short due to a gamekeeper. The ramblers, including Rotham, later discussed how if there were more of them there, then the keepers wouldn’t have been able to turn them back - and the idea of the trespass was born. The walk would be illegal, without permission, but it would not be a secret. Quite the opposite. Posters invited people along:

The action didn’t have universal support, though. The Manchester District Ramblers’ Federation said they would take no part and The Stockport group of the Holiday Fellowship called it organised hooliganism.

The plan to meet at Hayfield Recreation Ground later changed to Bowden Bridge Quarry to avoid dispersal. There, Benny Rothman gave a speech, stating that he was prepared to defy the laws. A brass plaque now marks where they gathered.

The walkers proceeded on, singing as they went, to Kinder Scout. They ascended on a path that had been designated a right of way around 30 years before, so that they couldn’t be turned back or arrested by police. Then, on the blow of a whistle, they leapt a wall and proceeded illegally. Gamekeepers were waiting for them at William Clough, but there were more people than they could deal with - not that this stopped them from trying.

“There followed a very brief parley, after which a fight started,” wrote The Manchester Guardian at the time. “There were only eight keepers, while from first to last forty or more ramblers took part in the scuffle.”

The ramblers continued to the Kinder Scout plateau, where they met around 30 Sheffield ramblers, who had walked up the other side via Jacob’s Ladder.

On 7 and 8 July, at Derby Assizes, the jury contained several landowners.

Defending himself, Rothman said: “Ramblers are forced to keep on footpaths where they exist and are denied the pleasure of rambling over moorland or climbing on the tops. The charges laid against myself and the other defendants here are an attempt to prevent ramblers from taking the mass action which will gain them access to mountains."

Mendel was found not guilty, but the other five were convicted of riot and sent to prison - Clyne and Gillet for two months, Nussbaum and Rothman for three, and Anderson for six for riot and assault. In reality, they went to prison for rambling.

The public outrage around these imprisonments is cited by many as a substantial springboard for working class social gains in England.

Established walking organisations who had previously condemned the trespass now stood in solidarity with the imprisoned. Weeks later, 10,000 ramblers gathered at Winnats Pass for another mass trespass - the largest gathering of walkers in history.

The right to roam movement slowly gathered momentum, but it was only after WW2, in 1949, that the National Parks and Access to the Countryside arrived. It led to the establishment of national parks and the creation of access agreements. In 1951, the Peak District became the first national park and in 1952, access was agreed for Kinder Scout - much to the delight of Benny Rothman, no doubt.

The Mass Trespass of Kinder Scout is often described as one of the most important events of civil disobedience in the history of the UK. The hikers were demonstrating that we should all have the right to hillwalking - and showed we would do no harm when we did. It's said they were even careful not to litter.

In 2000, the Countryside and Rights of Way Act gave people the right to roam on mountains and moorland off public rights of way. Various landowners opposed the bill. But while Scotland enjoys a right to responsible access, even now those rights are not complete in England and Wales. There remain acres of woodland, rivers and coastal paths where people are not allowed to go.

Rothman continued rambling and campaigning for the rest of his life, fighting for the unions and against Mosley’s blackshirts. He died on 23 June 2002.

As green areas continue to be developed and removed from people, some say a new era of enclosure is beginning. Right to Roam continue to fight it today.

Inspired? Check out our guide to the best hikes in the Peak District, or our adventure skills or introduction to bikepacking trips in the area! 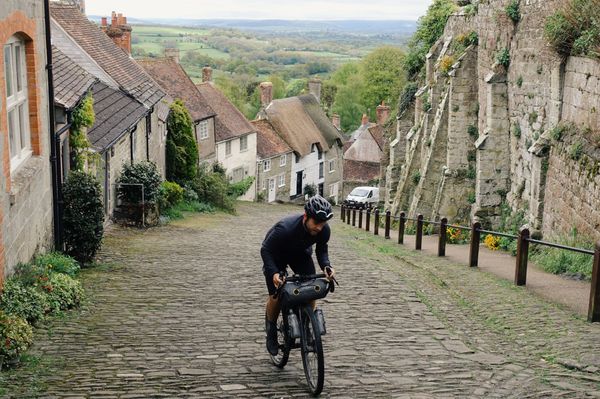 We speak to the creator of the Old Chalk Way, which runs coast-to-coast from the English Channel to North Sea... 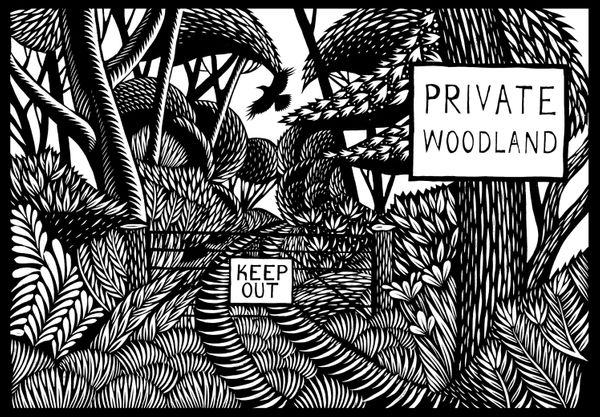 The public are excluded from 92% of the land in England. We spoke to author Nick Hayes about challenging the status quo...