Combining a city break with an adventure is a great way to have your cake and eat it. Absorbing the cultural buzz from a major city and then retreating into the wilderness on a mini-adventure is the ultimate way to grasp the full scope of a country.

With that in mind here are six unique cities with boundless opportunities for adventure on their doorstep.

Marrakech is one great sensory bombardment. Sitting in the foothills of the Atlas Mountains, it is the fourth largest city in Morocco. The region has been inhabited by Berber farmers since Neolithic times, however, the Ottomans built it up into the city that stands today. During the day, bustling vendors and exquisite smells fill the maze of souks. In the evening the UNESCO-listed Jmaa El-Fnaa square transforms into a circus of food and entertainment. Spend your city break in the calm of a hammam or in the gardens of the dazzlingly opulent Jardin Majorelle.

Once you’ve drunk your weight in mint tea, make a beeline for Imlil, a friendly farming village just 70km south of Marrakech. Imlil is the gateway to the Atlas Mountains and the starting point for most treks in the Toubkal National Park. From here you can climb the snow-capped Mount Toubkal (4167m) in summer, (or indeed winter) then nip out to the Sahara to sleep under the stars rocking some kasbahs along the way.

Either way, tagging on a few extra days stomping around the rugged Atlas Mountains, swapping souks for summits, is the perfect way to end your Marrakech city break.

Slovenia’s compact and historical capital, Ljubljana, is one of Europe’s greenest cities. Situated in the vast, flat Slovenian floodplains, this fast-growing, car-less city packs punches well above its weight. In the winter, cosy cafes and traditional restaurants welcome punters in from the cold with warm fires and friendly smiles. As summer approaches, the grassy patches and cobbled streets along the famously clean Ljubljanica River, which separates the city’s old town from its more commercial hub, get flooded with everything from jazz bands to food stalls.

An hours drive away will take you to the 138 kilometre-long Soča River in the breathtaking Soča Valley, and the perfect destination for a spot of rafting and stand up paddleboarding.

The ‘Emerald River’ slices through the 10,000 km of hiking trails that zigzag across the Julian Alps. Nestled amongst them is the Triglav National Park, home to Slovenia’s highest peak, Mount Triglav (2864m). The park’s karstic landscape is riddled with subterranean caves and deep gorges ripe for exploration, slip on a wetsuit for an afternoon’s canyoning, sliding down waterfalls, and posting yourself through slots down the Grmečica, or ‘Thunder Canyon’. 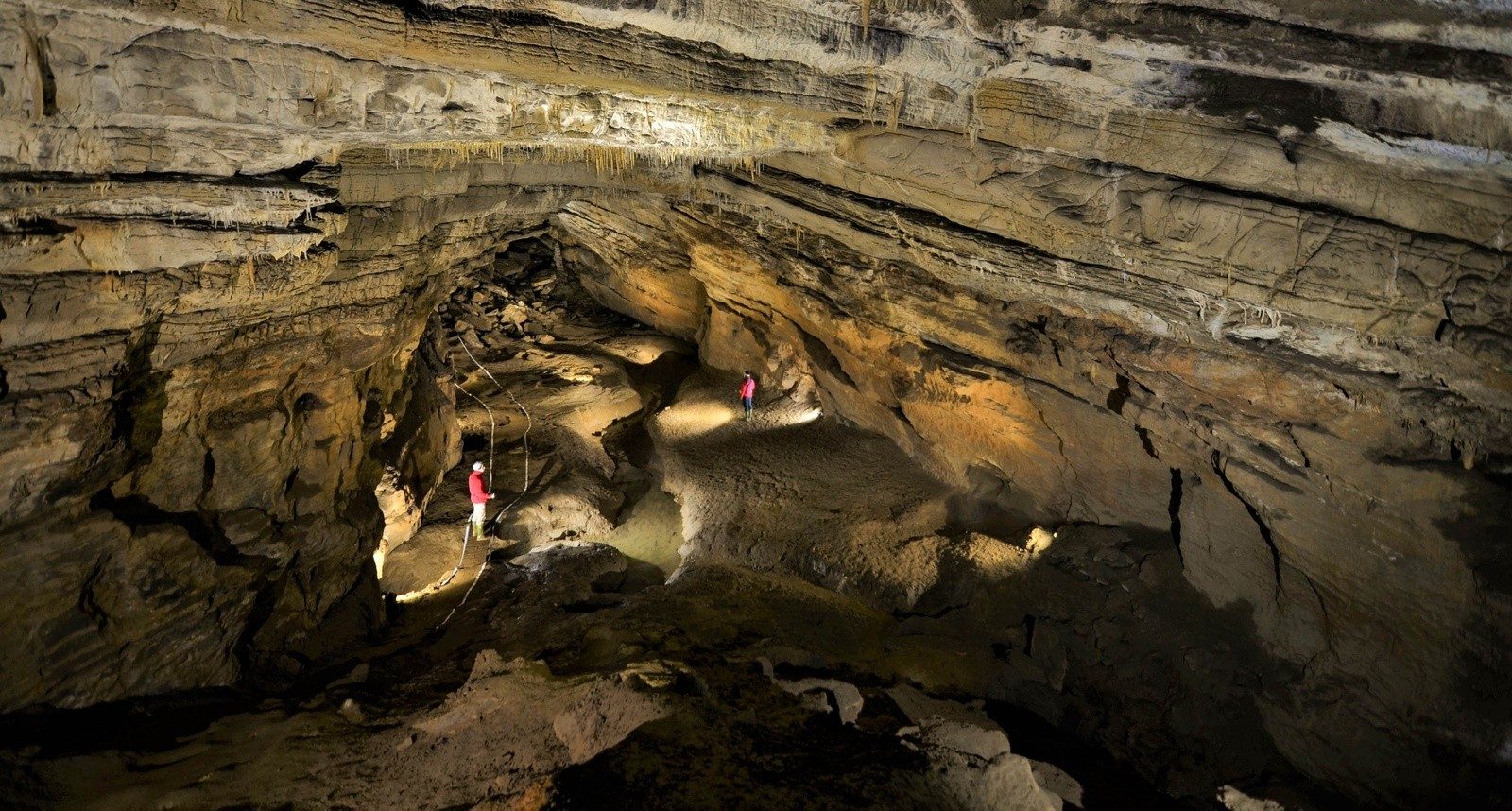 As a base for adventure, it doesn’t get more varied or convenient than Ljubljana.

3. Bergen, Norway | The Gateway to the Fjords

Bergen is a city on the west coast of Norway. It sits on the Byfjorden, the ‘city fjord’, and is surrounded by mountains to the north, south, east and west. The natural fortress can protect from wind, but not from rain, as you’ll probably find out. This quaint fishing city was an important seaport during the Middle Ages, and this heritage can be seen through the rustic wooden buildings of Bryggen and the bustling seaport of Vagen. It has its patches of modernity, with its high-end bars restaurants serving mouth-watering dishes at admittedly eye-watering prices.

Being slap bang in the middle of seven fjords and seven hills, it’s no wonder Bergen has been nicknamed the Gateway to the Fjords. Topped and tailed by the Sognefjord to the north and Hardangerfjord to the south, it’s the ideal location for an epic kayaking adventure. A short drive or train journey will take you to Voss, where most trips begin.

Try paddling through the UNESCO-listed Nærøyfjord, or exploring the mini islands of the Askoy region by sea kayak, before settling down under the stars for a spot of wild camping at the water’s edge. 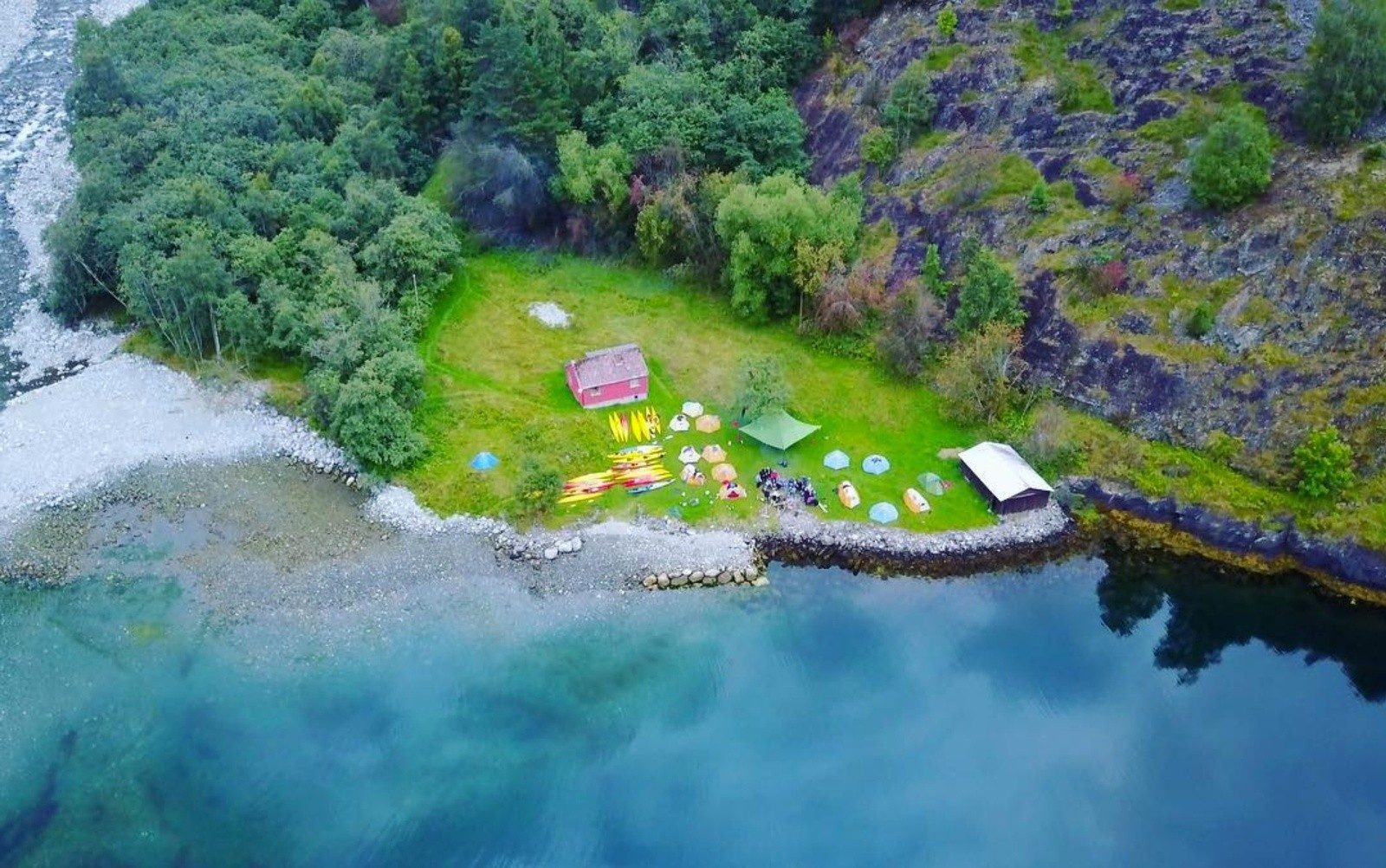 Once you’ve had your fill of the water, head into the highlands and hike up to the 1000 metre vantage points that look down of the fjords. It’ll get you puffing, but the spectacular view is well worth it.

The Croatian coastal city of Split straddles the Dalmatian mountains and the Mediterranean sea. This popular hub is littered with pokey restaurants and cafes and has a robust offering of nightclubs for after hours. The UNESCO-listed Diocletian’s Palace is a reminder of the city’s Roman past, whereas the new infrastructure like the Spaladium Arena is an indication of the city’s prosperous, independent future.

If you can peel yourself away from pristine beaches of the Split peninsula, there’s a multitude of adventures right on the doorstep. Explore the crazy blue seas of the Dalmatian Coast by SUP, gliding between mountains and down narrow canyons, or sail, SUP and snorkel around the 140 uninhabited islets of the Kornati National Park archipelago.

Just an hour away you’ll find the Krka River National Park, where you can raft the waterfalls and pools of the pristine Zrmanja and Cetina Rivers, before heading to Skradin in the foothills of the Dinaric Alps to have a bash at a section of the famous Via Dinarica hiking trail. 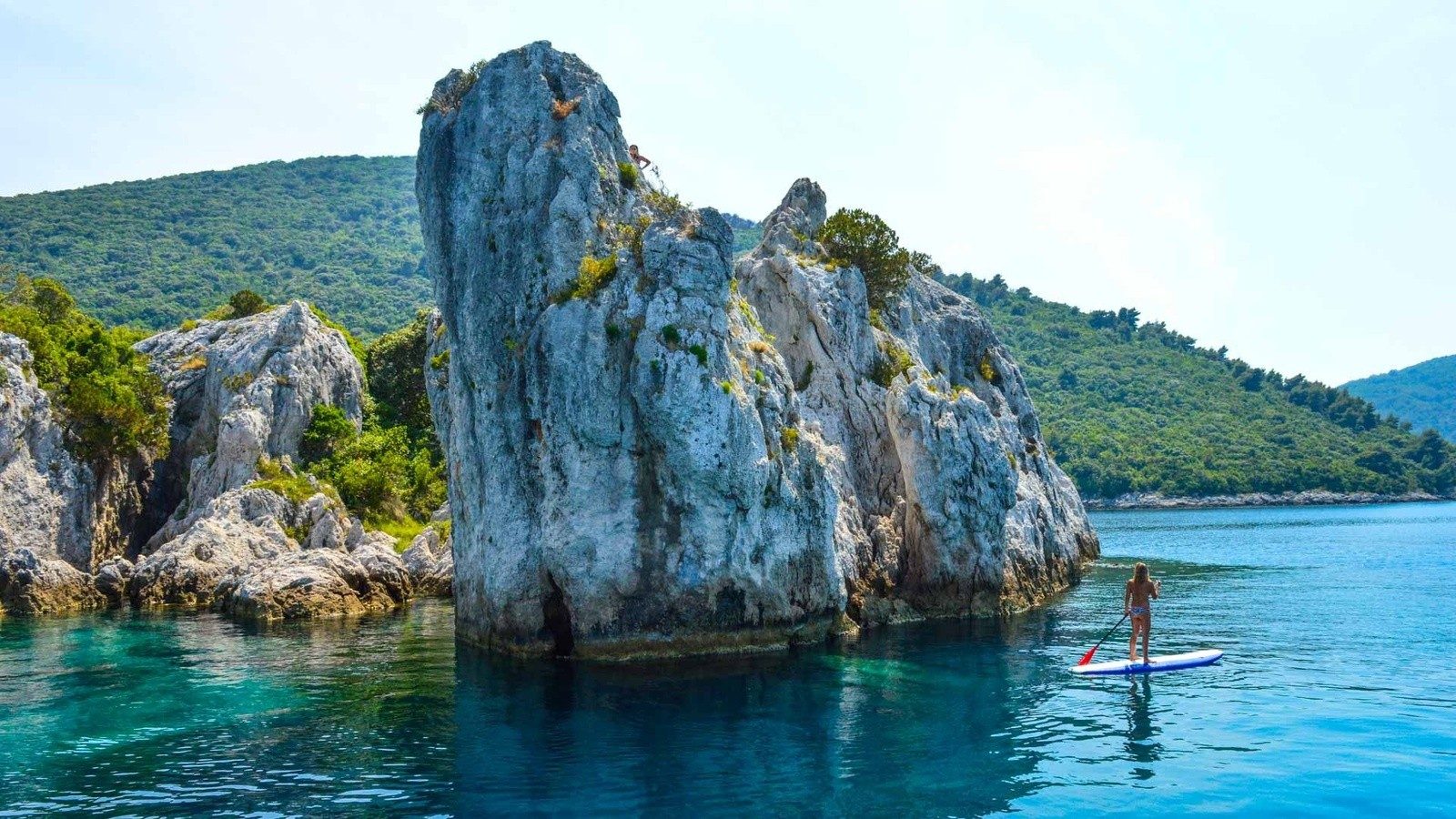 If you’re looking for something just a tad more leisurely, the 44-metre high Skradinski Buk waterfall in the Krka National Park is well worth a visit. Bike there from Skadrin along the Krka River, and make sure you grab your togs, you won’t be able to help yourself. The Dalmatian Coast truly is something special.

Switzerland’s second-largest city of Geneva is the gateway to the French and Swiss Alps. Being home to some major western institutions like the World Health Organisation, Geneva is understandably slick and cosmopolitan. Although beneath the glossy exterior is a chilled out cafe culture that can be found on the banks of Lake Geneva, one of the largest lakes in Western Europe. As evening approaches, discover the subversive counter-culture in the streets of Les Grottes.

In the winter, Geneva welcomes a healthy percentage of Europe’s skiers through its airport, with many resorts being within a couple of hours drive away. In the summer those resorts, and the mountains between, become a playground for hikers, climbers and downhill mountain bikers.

For an epic alpine adventure head towards the mountain town of Chamonix, the junction between France, Switzerland and Italy. If you’re up for a challenge you can climb the daunting Mont Blanc (4810m), or circumnavigate around it via the Tour du Mont Blanc, one of the world’s most famous hikes. If long-distance hikes are your thing, Chamonix is also the starting point for the iconic Haute Route, an incredible hut to hut trail that passes the base of the Matterhorn en route to Zermatt. 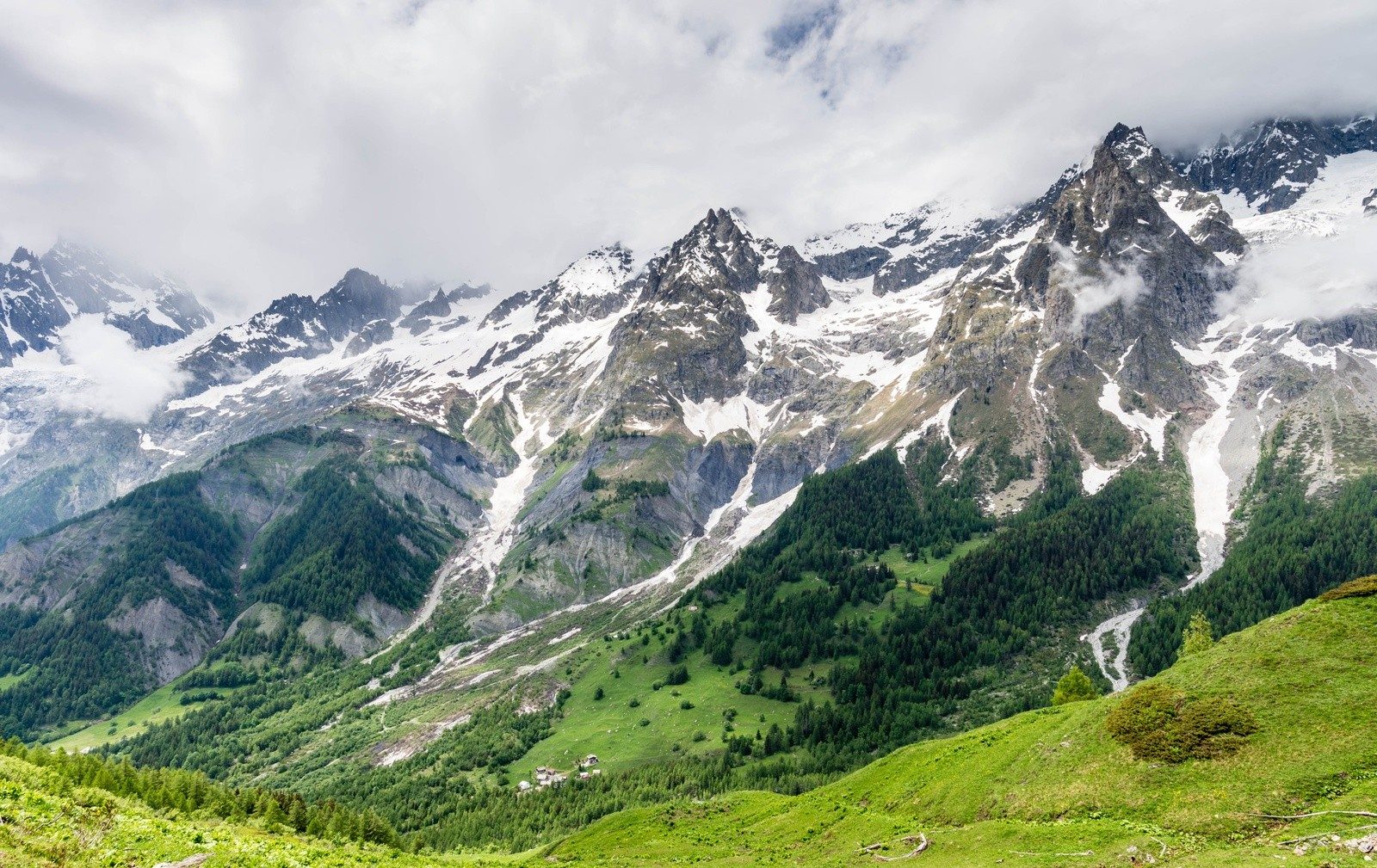 If you’re pushed for time, you can also do a whistlestop version of the Tour du Mont Blanc. Three countries, four days, and marmots galore. 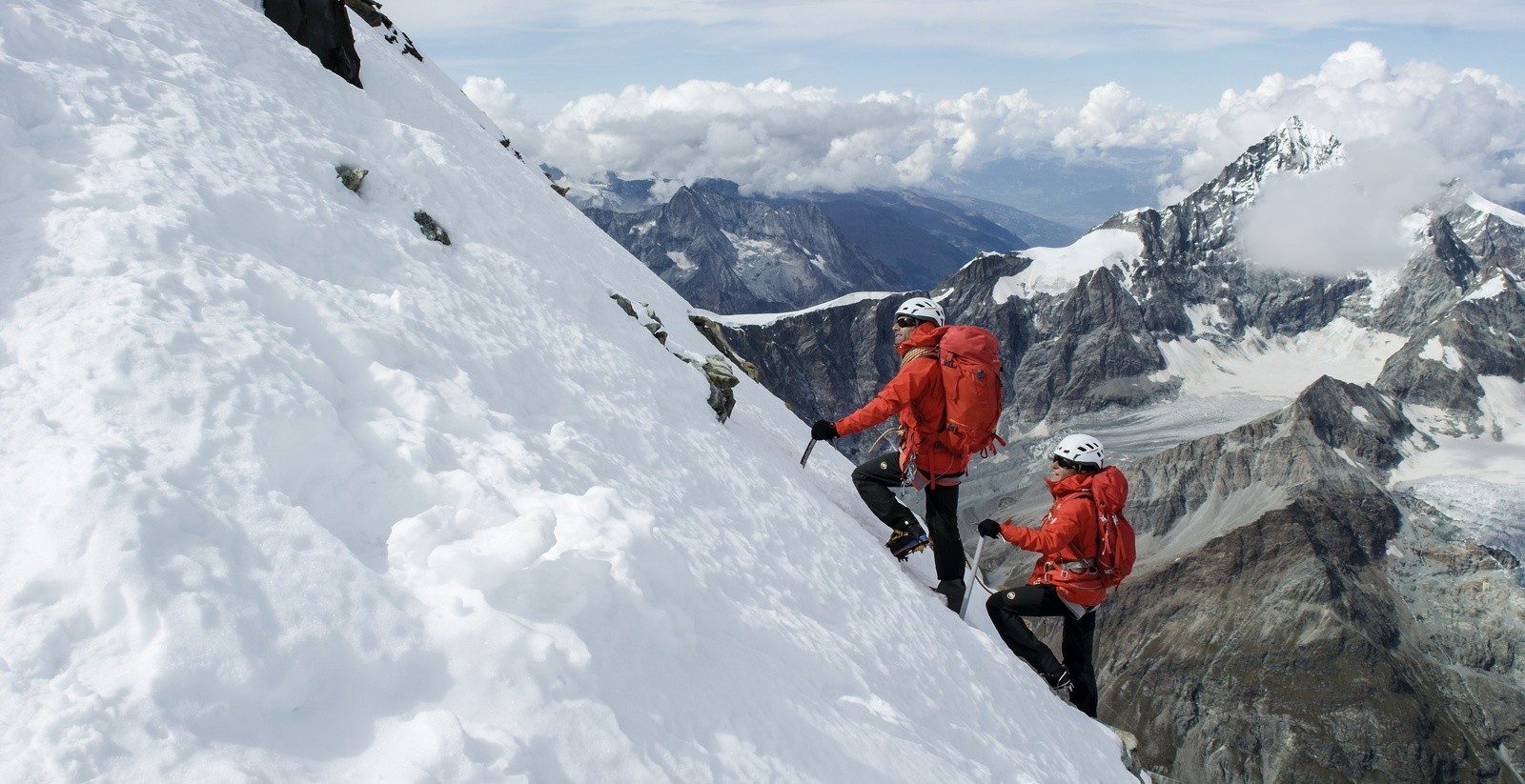 6. Tromsø, Norway | Entrance to the Arctic

Known as the Paris of the North, Tromsø is the world’s most northern city. With a population of just over 70,000 this polar metropolis sits 400km north of the Arctic, and has been the launch point for various rugged historical explorers. Museums document the monumental expeditions of Nansen, Scott and Amundsen, to name but a few. Famous for its cute wooden houses and many bridges, it’s mild coastal climate and deep Arctic location make it one of the best places in the world for spotting the Northern Lights.

Just 30 minutes outside of the city you will find yourself deep in the wilderness of the Arctic tundra, whilst the surrounding fjords are steeped in wildlife, with humpbacks and orca’s regularly coming close to feed.

Get to know the local Sami people as you drive a dog sled through the untouched Norwegian wilderness, or search for the fabled Northern Lights on a fjord sailing safari, with the help of a local marine biologist.

Whatever adventure you choose, you’d better put on your mittens for some serious sub-zero conditions.

Heading to a different city and fancy making the most of your time out there? Check out our entire collection of hand-picked adventure holidays, with only the best local guides and hosts.