So you think you might want to go trekking in Nepal? Good choice. Whether you’re an experienced high-altitude trekker or not, there are fun and challenging options throughout the country. Never mind some of the best mountain views in the world… 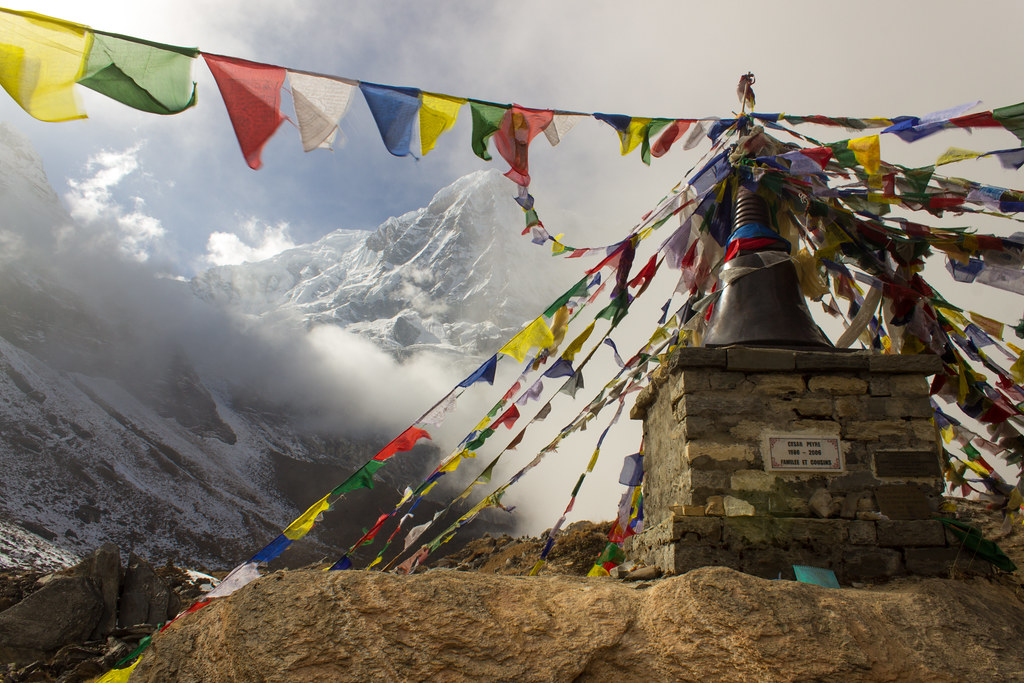 While Nepal is a popular destination for trekkers, it’s also quite rugged. Being clear on all your options certainly helps before committing to a particular hike. Here’s a guide to all you need to know about trekking in Nepal: when, where and how to go, and what you need to bring.

When to Go Trekking in Nepal

Nepal, like all trekking destinations, has distinct high and low seasons. Pick the one that makes best sense for you:

There are real advantages in going during the high seasons of autumn and spring. In particular, good temperatures and clearer skies to give a good chance of those mountain views! But, there are also drawbacks. The trekking trails are busier, your first choice of hotels/lodges will sometimes be booked out. International and domestic flights are generally more expensive.

Winter and monsoon are not the most popular seasons to come trekking in Nepal. You can guess why. But there are some good reasons to consider these times of year. During winter, the skies are generally at their clearest—both in the cities and the mountain areas—because humidity is low. If you come prepared for cold weather up in the mountains (bring warm clothes and sleeping bags), then trekking in the winter can actually be a very good idea.

Most of Nepal experiences the heavy rains of monsoon for around three months. The rain makes roads and trails slippery, increasing the risk of landslides. Rainclouds and humidity all but eliminating the chance of mountain views. But, there are parts of Nepal that sit in the rain-shadow of the Himalayas—that is, over the other side. Mustang and Dolpo, in particular, do not experience the monsoon, so the months of June to August are excellent times to trek in these regions.

Essentially, whichever time of year you want to travel to Nepal (or are able to take time off work!) there will be trekking adventures awaiting. It’s just important to know which region is best at which time of year. 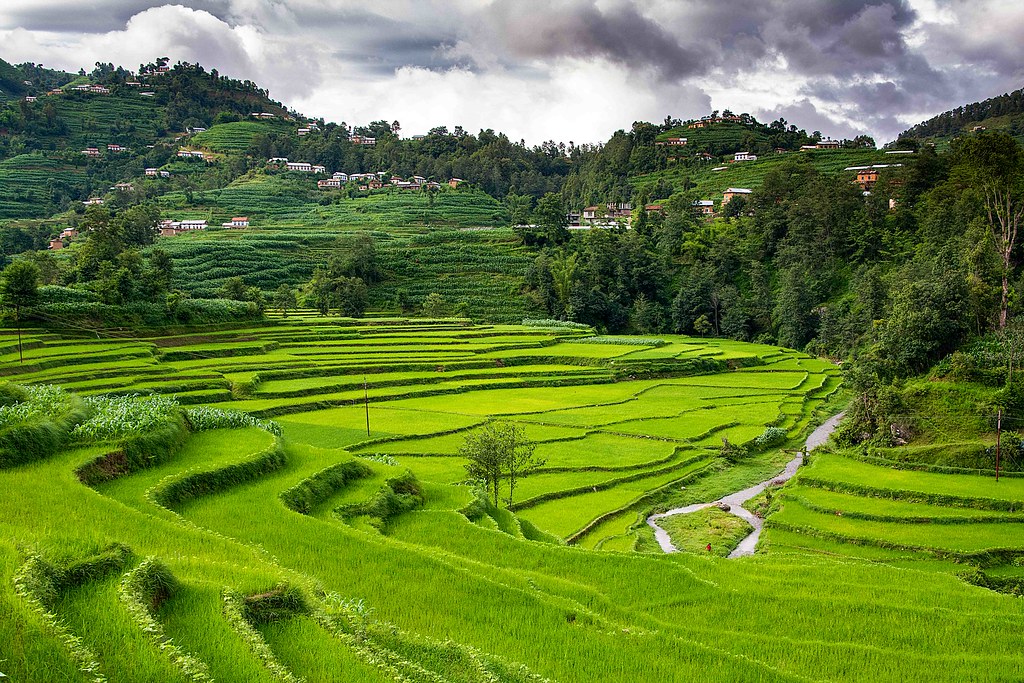 Choosing where to go trekking in Nepal is a hard choice, but a good problem to have! There are trails to suit varying levels of fitness, time requirements, interests, experience and season. Here’s a quick overview of the regions and what kind of traveller they best suit.

This is Nepal’s most popular trekking region. While you won’t have many of the trails to yourself in the Everest region, there is good infrastructure along the way, such as more comfortable lodges and a variety of food. Everest Base Camp trek is ever-popular (and sometimes crowded), but there are numerous side-trails in the region that aren’t as busy.

The Annapurna region is a very close second to the Everest region in terms of popularity. A major advantage of this region over Everest is that most trails won’t require that you retrace your steps on the way out. The Annapurna Circuit is a classic trail, and there are numerous other options to/around the Annapurna Conservation Area and to Annapurna Base Camp.

The Mustang region is in the rain-shadow of the Himalaya, meaning it has a very dry landscape and no monsoon. The culture here is distinct from the rest of Nepal, being strongly Tibetan Buddhist in character. Lower Mustang is accessible by road or short flight from Pokhara, and can be visited independently; Upper Mustang requires an expensive permit and cannot be visited without a guide.

Like Mustang, Dolpo sits in the rain-shadow of the Himalaya. The population here is also predominantly Tibetan Buddhist. While Lower Dolpo is more easily accessible, Upper Dolpo is very remote and requires a special permit. Dolpo is in Far Western Nepal, which is a very under-visited and under-developed region of Nepal.

Eastern Nepal is characterised by its tea fields (much like the more famous Darjeerling region of India, just over the border). Trekking here largely involves more gentle routes through the hills, but there is also the mighty Kanchenjunga—third-highest peak in the world - looming over Far Eastern Nepal, for more of a trekking challenge.

These areas are within a day’s travel from Kathmandu. The Langtang Valley was especially hard hit during the 2015 earthquake, but is recovering and needs trekkers to come back to help it rebuild. Highlights of this area include cultural treks throughout ethnic Tamang territory, deep river valleys, and expansive views of the Langtang Himalaya and mountains just over the border in Tibet.

With the Annapurna region to its West, the Gorkha district of Central Nepal is sometimes overlooked by trekkers. Manang is to the west of Gorkha, and is sometimes passed through on Annapurna treks. The trails of Gorkha in particular are less busy and less developed than some other places, but still not too far off the beaten path and easily accessible. Mount Manaslu, the eight highest peak in the world, is in Gorkha district.

Kathmandu Valley and around

There’s nothing especially ‘easy’ about any treks in Nepal. But if you’re seeking something shorter or a bit less strenuous, the trails around the Kathmandu Valley and just beyond—such as Balthali, Namo Buddha, Panauti, Dhulikhel—are an excellent option.

Pokhara Valley and around

Like the Kathmandu Valley, treks around the Pokhara Valley are a good choice for travellers with less time, experience, or who don’t want to ascend too high in altitude. Numerous two-five day treks are possible around Pokhara, and the views of the Annapurna Himalaya must be some of the best views in the whole country. 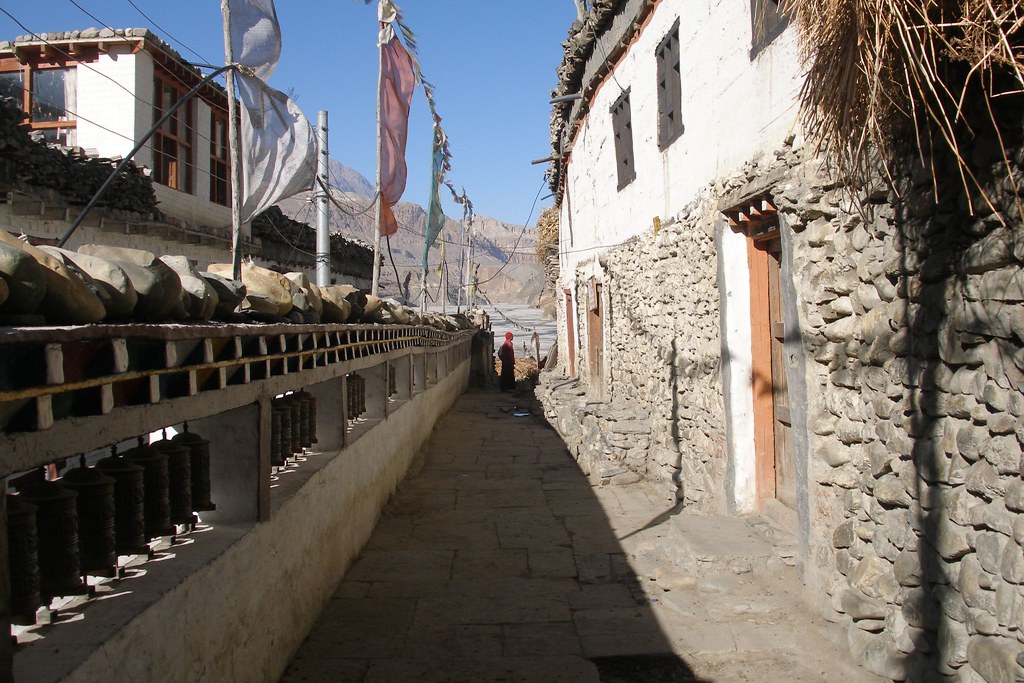 How to go trekking in Nepal

While it is possible to trek independently throughout much of Nepal (with the notable exceptions of a few areas where you must travel with a guide and/or a group), this isn’t necessarily recommended. Trekking guides make the logistics of trekking so much easier. In peak season, it may be difficult to find decent places to sleep on some of the busier trails (such as the Everest Base Camp trek) without a guide arranging your lodging. The same goes for transportation on planes and buses.

But, by far the most important reason to trek with a guide is that they are more likely to be able to keep you safe in the event of an emergency or disaster. Such emergencies might be anything from a sprained ankle or altitude sickness, to unexpected snowfall, avalanches or earthquakes. Good guides will know what to do in worst case scenarios and get you to safety as quickly as possible.

Some travellers also consider trekking without porters, as a way of saving money. However, this can be a very false economy. Trekking along uneven trails and at high altitude is much more comfortable without heavy bags and having ease of movement allows for quick detours such as up peaks for panoramic views. Everyone responds differently to high altitude, too. Having a porter carrying your luggage can mean the difference between coping with the effects of altitude and becoming sick from it.

What equipment do you need?

The beauty of trekking in Nepal (or, one of the beauties!) is that because of the good infrastructure in many places, there’s no need to travel with everything but the kitchen sink. It’s not even necessary to sleep in a tent in most areas. But, while it’s possible to get practically everything you might need or want for a trek in the cities of Kathmandu and Pokhara, using your own, broken in, tried and tested trekking gear is much safer. Don’t buy a pair of boots just days before your trek, tempting the trip-ruining scourge of blisters. Here are some things you should bring from home:

And here are a few things you could pick up in Kathmandu or Pokhara if you don’t already have them, or want to save a bit of money by buying them in Nepal.

So that’s your primer on trekking in Nepal… the next step is to book that adventure! Explore our trekking and hiking holiday in Nepal and other Nepal adventures.

Our favourite hikes in Spain will take you up volcanic peaks, across snowcapped mountains and deep into the rainforest...